Today, we will come and pick you up at your centrally located hotel or accommodation in Sarlat la Caneda. Meet your English-speaking driver guide who will go over the program and itinerary of this highly recommended private full day tour that includes a stunning museum visit, a plunge into the depth of a real cave and a visit to the brand new Lascaux IV museum. Then, board your air conditioned vehicle and begin to make your way towards the World Prehistory capital of Les Eyzies de Tayac.

Start with a Visit to the National Prehistory Museum

Some 15,000 years B.C. unknown artists created breathtaking paintings, drawings and etchings inside caves of which the most extraordinary examples are found in the Dordogne area. During this day you will be introduced to this fascinating art and to the people who created it.

Begin the day in Les Eyzies de Tayac for a guided visit of the National Prehistory Museum. Established in July 2004, the museum houses some 18,000 pieces and a collection of six million artifacts. The museum’s collections were established as early as 1913, when indefatigable researcher Denis Peyrony convinced the French state to acquire the Château des Eyzies, built at the end of the 16th century, and to transform it into an excavation warehouse that could double up as a museum. The museum possesses the largest collection of prehistoric artifacts in the world. Follow your guide and discover the main chapters of the Hominids’ development through an anthropological frieze and a brief reminder of Africa’s history, starting with the early Australopithecus. Many themes are explored, including the legendary “Lucy”, the 3.5-million-year-old woman discovered in Ethiopia in 1974. You will then visit the permanent exhibit galleries that will plunge you into the mists of time, revealing seven sequences that cover the entire Paleolithic era through an “ideal historiography”.

Continue to Montignac where you will visit the brand new Lascaux IV cave – open December 2016. For the first time, all of Lascaux is revealed. A complete new replica retraces the discovery of the famous decorated cave. But that’s not the end of the adventure: the entire site inquires into the position that Lascaux occupies in cave art and its relation to contemporary creation. The opening of the International Center for Cave Art marks the beginning of a new adventure combining the emotion of ancestral art and an important technological achievement. Here, the reproduction of the original lascaux cave has been so precise that it would be difficult for even the most talented experts to find any flaws. Follow a guided tour with a local guide of the museum and then take some time to visit the exhibitions and the center for prehistoric cave art.

Then, a Visit to the Famous Rouffignac Cave

Finally, end the tour with the visit of Rouffignac Cave that possesses state of the art original cave paintings as well as authentic etchings and drawings. The Rouffignac cave was already mentioned in 1575 by François de Belleforest. In his ” Cosmographie universelle” he cites “paintings and animal traces”. In the 19th century, the cave was known as a tourist attraction. Famous archaeologists like Henry Breuil, André Glory and Martel had visited the cave in the early 20th century, but it was only in 1956 when Louis-René Nougier and Romain Robert, two prehistorians from the Pyrenees, rediscovered and confirmed the cave art. As you arrive, board an electric train and descend a near 2 kilometers deep to admire After the visit, return to Sarlat.

Please enable cookies in your browser to place a booking

Please note: This product is on request. We will confirm availability within the shortest possible time after we receive your order.
Contact us 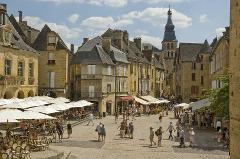 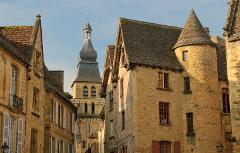 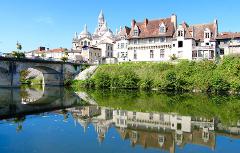 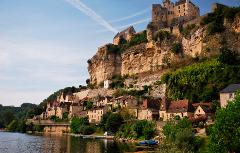 Villages of the Dordogne Private Half Day Trip From Sarlat 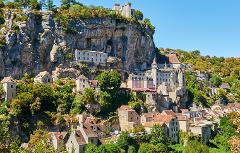 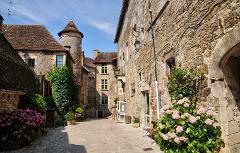 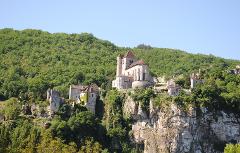 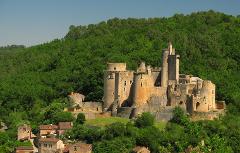